How the CNSC assures the safe transport of HEUNL

In April 2010, former Canadian Prime Minister Stephen Harper and U.S. President Barack Obama committed to returning spent Highly Enriched Uranium (HEU) fuel to the U.S. as part of a broad international effort to consolidate HEU inventories in fewer locations around the world. The Government of Canada committed to returning spent HEU fuel to the United States by the end of 2018. 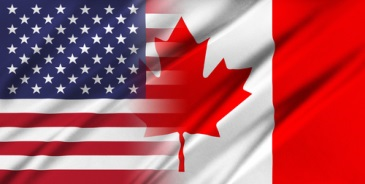 Shipments of repatriated HEU have since been underway, and the Canadian Nuclear Safety Commission (CNSC) has ensured that they are carried out safely to protect the security of Canadians and the environment. Following the 2010 agreement, the Prime Minister committed to repatriate additional Canadian HEU inventories, including those in liquid form (known as highly enriched uranyl nitrate liquid or HEUNL).

The CNSC has a robust regulatory framework, and stringent processes and safety procedures that must be met before any ‎package is certified or a transport or export licence granted.

For shipments of HEUNL, the first step in the process was the certification of transport package design submitted by NAC International. The containers for liquid HEU had to comply with Canada’s Packaging and Transport of Nuclear Substances Regulations 2015 (PTNSR 2015). The package was designed with accident scenarios in mind to make sure it will maintain shielding and containment. To be certified, it has to be demonstrated that the package can survive stringent testing that simulates both normal and hypothetical transport accident conditions. This includes a nine metre free-drop test, puncture testing and an 800°C thermal test, all without loss of shielding and containment. The package was certified by the CNSC in July 2015.

As part of CNSC’s commitment to transparency, the technical assessment report of the package designs submitted for certification was posted on the CNSC website for public comment. This report included an environmental assessment performed under the Nuclear Safety and Control Act. Feedback received through this process and the documents related to the certification decision are publically available on the CNSC website.

An application for a transport licence was submitted by Canadian Nuclear Laboratories (CNL) and approved by the CNSC in 2016. As required by the PTNSR 2015, the application for the transport licence must include a transport security plan with details on security measures, threat assessment, and primary and alternate transportation routes. The details of this plan are not made public for security reasons. Under the Transportation of Dangerous Goods Regulations and the PTNSR 2015, any shipment of fissile material (such as HEU) requires an emergency response assistance plan approved by Transport Canada. In addition, licensees must comply with any CNSC regulations that require implementation of emergency procedures.

CNL is also required to obtain an export licence from the CNSC which, for these shipments, was issued in 2016. The licence ensures that the material conforms to Canada's nuclear non-proliferation policy, international obligations and commitments, and regulatory requirements, and that the material being transferred is used in only peaceful applications.

The transport of liquid radioactive material is nothing new to the CNSC; Canada’s regulations and safety record continue to speak for themselves. Radioactive materials, including those in liquid form, are safely transported daily in Canada and around the world. Millions of shipments of radioactive materials take place each year, and there has never been an accident that has resulted in an impact to the health and safety of people or to the environment. The CNSC will never compromise safety.

For more information or to watch informative videos of the testing of containers certified for nuclear materials, please visit the CNSC’s Highly enriched uranium in Canada Web page.