Gender equity and diversity at the CNSC and beyond: Spotlight on President Rumina Velshi

When CNSC President Rumina Velshi first enrolled as an undergrad in the University of Toronto’s civil engineering program in the mid-1970s, she immediately noticed that she stood out in the room. Out of nearly 100 students, she was one of only three women.

Nearly 40 years later, it’s clear that work is still needed to bring gender balance to science, technology, engineering and mathematics (STEM) fields in Canada. Women represent only 33% of STEM degree holders.1 In engineering, they hold less than 20% of the degrees.2 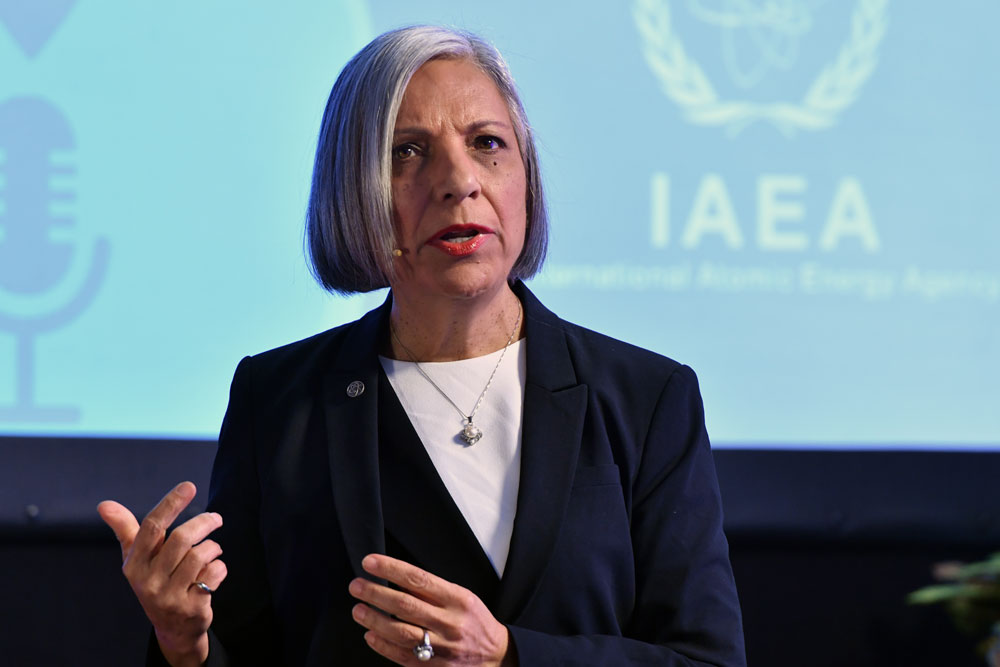 President Velshi speaking about the need for gender equity and diversity in STEM at an IAEA International Women’s Day event in 2019.

Since beginning her tenure at the CNSC, advancing gender equity and diversity in STEM has been one of President Velshi’s top priorities. In 2019, she launched the Women in STEM (WISTEM) initiative to support the careers of women at the CNSC and to raise awareness of STEM in collaboration with committed partners within government, industry and academia. “People ask why these things should be important to the CNSC. They have many important benefits, not only to our organization, but in our role as a regulator,” she explains.

Research shows diverse workplaces are more productive and innovative, and can tap into larger sources of talent. By employing a diverse workforce, the CNSC is also in tune with the broader needs of the populations it serves. This helps to improve communication with the public and enhance trust.

In her role at the CNSC, President Velshi is also leveraging international partnerships in the regulatory community to advance gender equity. In 2020, President Velshi and her peers formed the International Gender Champions Impact Group on Gender Equality in Nuclear Regulatory Agencies to build momentum, influence change and be role models for the broader nuclear industry.

“It rests on us – as leaders, as decision makers, as influencers – to do everything in our power to encourage women to pursue a path in nuclear. By taking a stand on gender equity and diversity within regulatory organizations, I’m hopeful our call to action will trickle down to the nuclear industry. As regulators, we have the ability to influence our licensees to make gender equity and diversity an overall priority,” President Velshi states.

Overall, President Velshi is optimistic about the future and believes, in many ways, the stars are aligning and that we’re on the cusp of major change. More and more women are moving into positions where they can make a difference, influential men are coming forward as allies and we live in a time with an increased focus on issues of social justice.

With this in mind, President Velshi is calling for action to put in place the kind of policies needed to bring about concrete change: “When we exclude – or fail to open ourselves up to – part of the population, we will fall short of our true potential.”